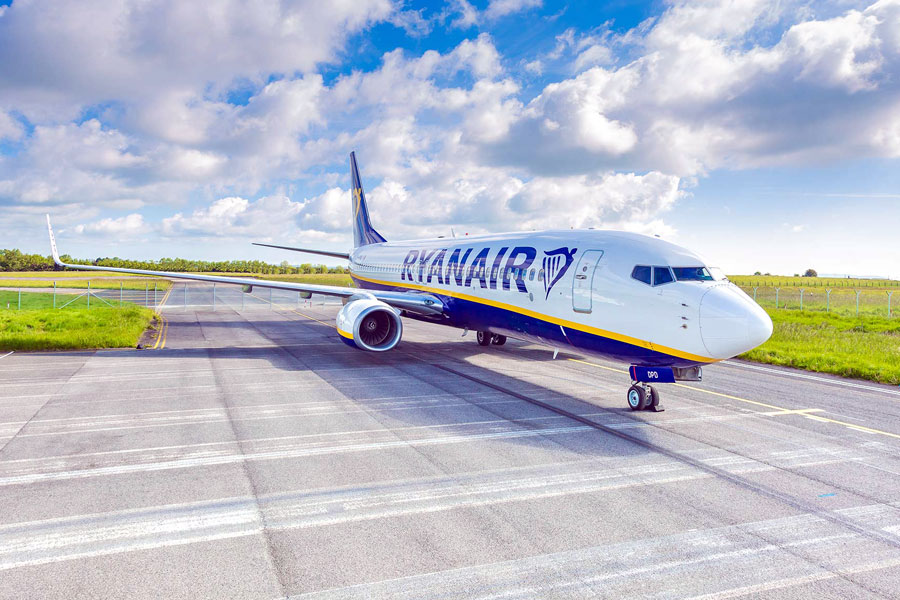 Balpa, The British Airline Pilots Association has announced that Ryanair pilots will take part in two walkouts in August and September this year. According to Balpa, more than 70% of the union’s members had taken part in the vote with over 80% supporting the idea of strike action. Ryanair have however disputed these figures, pointing out that only 50% of their pilots are members of the union and just 57% voted in favour of industrial action.

Ryanair have described the announcement of the strikes as ill-timed", suggesting that they would endanger pilot jobs.

The pilots union have stated that despite there being no desire on their part to disrupt people's travel plans, they had no choice but to take this action following Ryanair’s historic refusal to deal with the unions.

The strike announcement come only days after the Irish Budget airline announced the potential for job loses following a quarterly profit fall of 21%.

Balpa have released some details of their grievances to the media, pointing to pensions, maternity benefits and pay structure as just some of their reasons for striking.

Ryanair boss Michael O'Leary had warned staff back in July to prepare for job cuts claiming that the airline has 900 too many pilots and cabin crew members.

The blame was directed at planned cuts to flights next summer due to the grounding of its Boeing 737 Max fleet.

The 737 Max is currently grounded worldwide over concerns with its software following two deadly crashes.

"We're worried this could have quite a damaging effect, particularly on our UK bases and on some of our Irish bases, which are heavily dependent on people travelling between Ireland and the UK," he added.

The budget airline Ryanair has been heavily criticised by The British Airline Pilots’ Association (Balpa) following its attempts to block the pending pilots’ strike in the high court.

Strikes planned for the end of the week seemed destined to go ahead unless the airline is successful in obtaining an injunction. That decision is expected to be made today.

Balpa have also pointed out that despite the planned strikes on Thursday and Friday, Ryanair is continuing to sell tickets for those days.

In a recent Which? survey, Ryanair were awarded the dubious honour of being voted the UK’s least-liked short-haul airline for the sixth year in a row.

Ryanair pilots based in Ireland prevented from striking

The Irish high court has granted the Irish budget airline the injunction it was seeking to halt the planned strike action by Ryanair pilots who are members of the Irish Air Line Pilots’ Association.

The court agreed with Ryanair’s legal representatives in their assertion that the union had not allowed for a mediation process to be completed before announcing the strike.

No announcement has yet been made regarding their attempts to stop their UK based pilots from walking out.

Ryanair Pilots’ strike to go ahead

Ryanair have failed in their attempts to block a 48 hour strike by their UK based pilots. The news comes only a short time after their successful attempt to prevent a similar strike by their pilots based in Ireland.

The 48 hour Strike action will commence at one minute after midnight on the morning of Thursday 22nd August 2019.

However, the airline has claimed in a statement that they will still be running a full schedule during the strike and it is unlikely that passengers will be affected. Passengers have been advised to arrive at airports as normal with departure times being unaffected.

Ryanair bosses suggest that the pilots demand for wages to be doubled only weeks before Brexit could be severely damaging to the company. The general secretary of the pilots union Balpa described Ryanair’s comments as exaggerated and suggested that their focus was to discuss issues around pensions, loss of licence insurance and maternity benefits.

A full flight schedule is in operation despite the commencement of the 48 hour pilots strike according to Ryanair bosses.

Despite the airlines failed attempt to block the strike action in the high court earlier in the week, all flights in and out of UK airports took off as normal this morning as the airline drafted in pilots from across Europe.

Passengers have been told that they will be informed by text and email should their travel plans be affected.

A second 48 hour strike is planned for early September.

UK based Ryanair pilots have voted to extend their strike action for another 7 days.

The pilots union Balpa, is looking for an improved offer from the Irish budget airline in regards to pay and working conditions.

Balpa have said that they are looking to settle the dispute, although at present Ryanair bosses are refusing any attempts at conciliation who have refeed to the strike action as “pointless” given that it has so far not resulted in any flight cancellations.

Balpa have said that its members are simply looking for parity with agreements that pilots working for other airlines already possess.

Future strikes are planned on the following dates: